In this edition of the 100-Point E-type, we focus on an important part of the mechanical restoration, the engine. You'll be able to read about the strip down process including the assessment of parts, details to look for on certain components and how the engine is rebuilt and tested before being fitted into the car itself.

Here you can see the engine in its entirety with remaining traces of its recognisable pumpkin orange paint. The decision was made not to turn the engine over as it appeared to have not been run in years. It was safer to assume that the engine had seized than risk damaging vital original components.

The first image shows the engine block number, located beside the oil pump, matching Jaguar's records as stated in the Jaguar Heritage Certificate. The second image shows the cylinder head number, located in the spark plug valley at the rear of the cam chain, again matching the Heritage Certificate and importantly, the before mentioned block number. The cylinder block also has a date cast on its side which refers to the date of manufacture of that particular component. this engine has '14.9.61' cast into it which is correct for this particular car.

Having assessed the engine and confirmed that each major component of the engine has been matched by its numbers, our engine department begin to disassemble the engine. You can see here in the second image that the coolant water ways and water pump have become congested with rust deposits and sludge.

We found that the pistons had seized in the bores which had filled with rusty coolant. Jaguar would line the inside of the engine blocks with red lead paint as it assisted the oil in returning to the sump. You can see here what is left of the red lead paint which will later be stripped and re-applied.

The block has been stripped and prepared for acid dipping. Acid dipping is a preferred method for removing any remaining paint residue and helps to thoroughly clean the oil and coolant water ways, removing the deposits of rust and sludge as seen earlier.

During production, workers would stamp their work to signify who had assembled or inspected that particular component. Here on the cylinder block is a 'JAG 78' stamp and on the cylinder head a 'JAG 120' stamp. Thankfully, not only does it indicate the worker or inspector, but also suggests that the head has never been skimmed due to its lasting impression. It is likely that the engine has not been this far apart since being assembled in 1961! We can safely say that the engine has never received any major re-machining works.

The sludge bungs are removed from the crank in order to clear out any deposits that have built up over the years.

The cylinder head is sent to the machine shop for overhaul.

The engine block has had its machining processes to ensure surfaces are true and internal components have the correct clearances. The cylinder liners have been replaced and honed and the engine block receives a fresh lick of paint inside and out. The engine components are now read to be reassembled.

Having cleaned the original flywheel, we can now see the engine number stamped into the flywheel. The new pistons and re-machined connecting rods are balanced and reassembled into the engine block. The flywheel is repaired and balanced ready for fitting.

The balanced and polished crank is secured back into place. Cylinder heads that were produced very early on in production were painted a very distinctive 'pumpkin orange' colour. They came from a surplus supply of XK150 engines. You will recall from earlier that there was some remaining paint residue. Prior to disassembly, we were able to have the paint spectro-tested for a colour match. The outcome is a 98-100% colour match, following comparison against numerous samples.

The timing chain and front cover are fitted, ready to receive the cylinder head. The cylinder head is put into position and bolted back on to the block.

The engine is then taken for Dyno testing to ensure that it is performing as it should.

To read more from the 100 Point E-type, select the edition from the list below:- 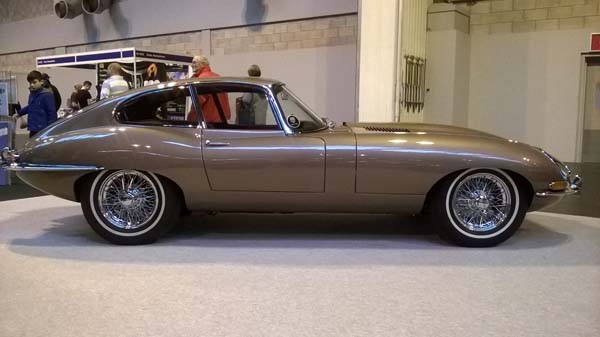 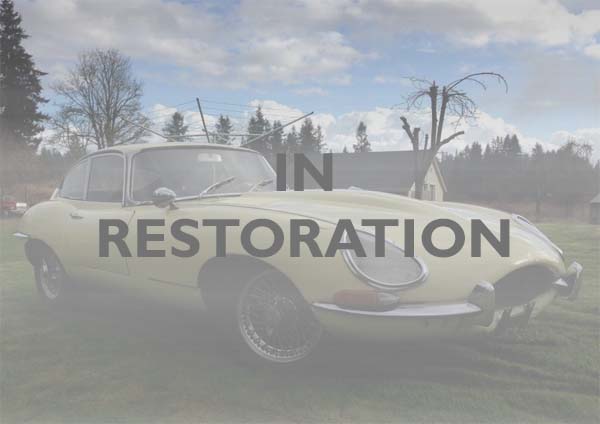